skip to main | skip to sidebar

A new era for "Out of print" 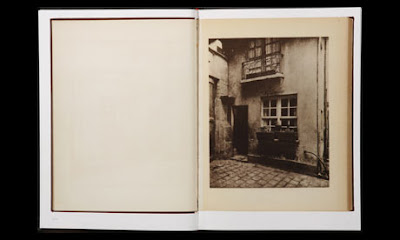 From The Guardian
By Liz Jobey

......a new series of photography books about photography books. If this sounds a bit like trainspotting, it probably is. But one of the main growth areas in photography over the past decade has been the interest in photographic books – not so much in new titles (though there has been a definite expansion there), but in second-hand books, the ones that are increasingly rare, out of print, and out of the range of most pockets.

Errata Editions, a small American press, has just launched its first four titles, based on the idea – which, as far as I know, has never been tried before – of presenting rare and out-of-print books in their original formats: not as facsimile editions or reprints, but as page-by-page reproductions, scanned from the original, displayed in their original sequences, with their original texts (translated into English where necessary), title pages, colophons and even errata slips.

Each book has a new essay by a contemporary photo historian, a short biography of the photographer, data about the original publication – where it was printed, how many copies, etc – and a list of other titles by the same photographer. In other words, each Errata book acts as a kind of host to its original title. 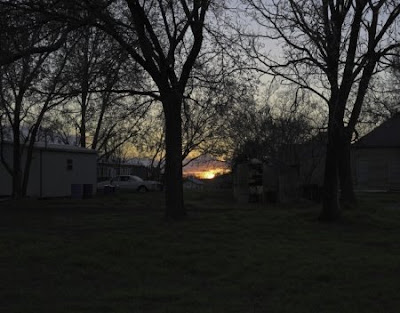 Paul Graham (b. 1956, UK), has been awarded the 2009 Deutsche Börse Photography Prize.The Award was presented at a special evening ceremony on Wednesday 25 March 2009. Jefferson Hack, co-founder of Dazed & Confused, presented the £30,000 award.The Prize is presented by The Photographers’ Gallery and sponsored by Deutsche Börse group.Paul Graham was selected by the Jury for his publication, a shimmer of possibility
Now in its thirteenth year, this annual Prize rewards a living photographer, of any nationality, who has made the most significant contribution to photography in Europe, through either an exhibition or publication, over the past year.
The other shortlisted artists in this year’s Prize, each awarded £3,000, are:

Taryn Simon (b.1975, USA) nominated for her exhibition An American Index of the Hidden and Unfamiliar at The Photographers' Gallery, London (13 September -11 November 2007).

In Focus with Ghirri 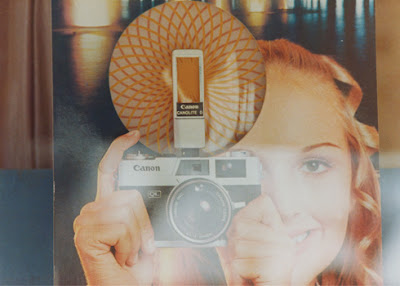 Few weeks ago on the In Focus section of the New York Times i found the work of Luigi Ghirri. Being one of my favorite italian photographer it was worth mentioning. I believe there is also a show at the Aperture Foundation in NY.

Earlier this year, the Aperture Foundation published “It’s Beautiful Here, Isn’t
It…,” the first U.S. monograph of the Italian photographer Luigi Ghirri (1943-1992). Hardly known outside Italy, Ghirri’s work will now be the focus of an exhibition at the Aperture Gallery opening Nov. 7. His strange and whimsical photographs center on mundane Italian society and recall, in some ways, the snapshot approach of Stephen Shore, Lee Friedlander and William Eggleston, who wrote the book’s preface. However, unlike his American counterparts, Ghirri’s visual style is painterly and often more absurdly surreal. 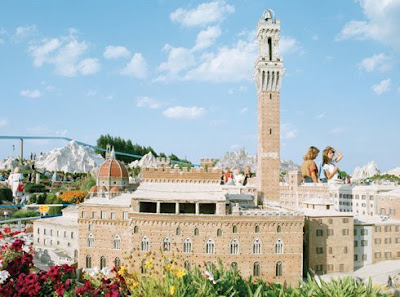 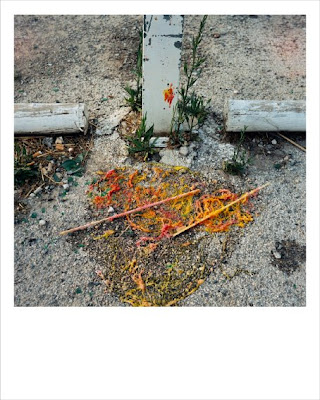 Following from the previous post we are looking at the human public space with the work of Caroline de Vries . I recently came across some of her new projects "Street remnants"and "Urban Trees" both from the series "Small Archives". About her work in general Caroline de Vries says:

My practice has evolved and is now principally focused on questioning the nature of the photograph, especially the photographic portrait, its physicality and its power of representation in the public as in the private sphere. I wish to explore the complexity and ability of the medium to deliver narratives and new meanings, depending on context and presentation, through strategies of seriality, comparisons or decontextualisations. When a photograph is disengaged from time, space or identity, the viewer feels compelled to reconstruct the broken links between subject and context. 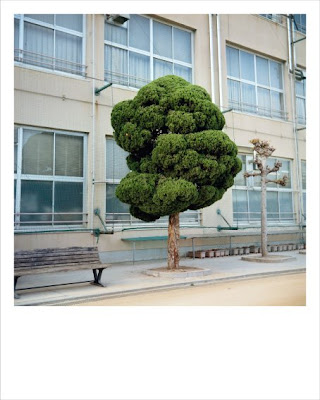 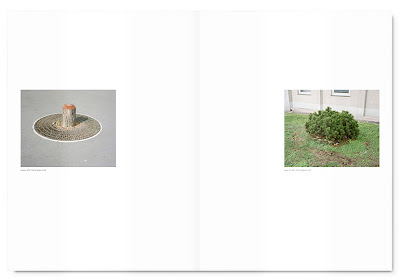 I recently met with Timotheus Tomicek from Vienna at a Festival in eastern Europe and i was impressed with his project Something Human You can see an online book version of the project on his website. Timotheus says about this work:

"is solely about pointing to the traces and effects of human behavior.
I steer clear both of exceptions and the exceptional. Instead, I search out
the opposite of so-called attractions. The ingredients are of a rather simple
kind. Any truth contained in these images is based on correspondences and
analogies. If the represented alone came to the fore I would have missed my
mark. I am not aiming at the visible but at the invisible that it points us to.
The idea is to hit the nail on the head. Without hammer or nail" 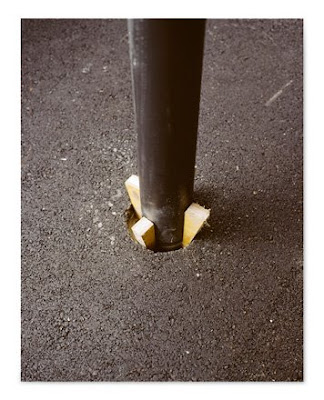 Following the previous post on Nicolai Howalt work just a quick note to clarify a duoble identity, infact i have only just discovered that Trine Søndergaard a photobased artist living in Danimark, she is working in partership with Nicolai Howalt at least in the following projects "How to hunt" , "Dying Birds" and "Treezone".More of her work here 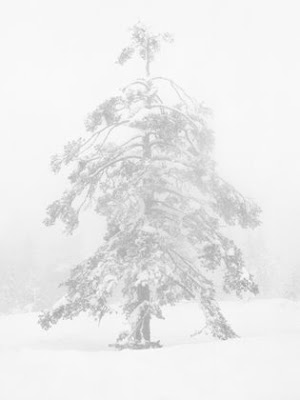 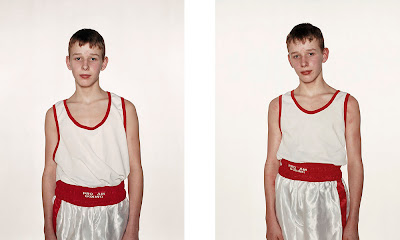 Nicolai Howalt works was recently shown to me and fascinates for his ability to document with different work some of the social aspects of danish society, tackling with different projects the concept of identity.
In his work Boxer Nicolai Howalt followed young Danish boys boxing in Denmark and abroad. The project portrays a series of young boxers before and after the match. Another interesting body of work is 3x1 a series of images about the evolution of a relationship between a young danish couple living in a surburban council flat. More recently he focused on the series How to Hunt 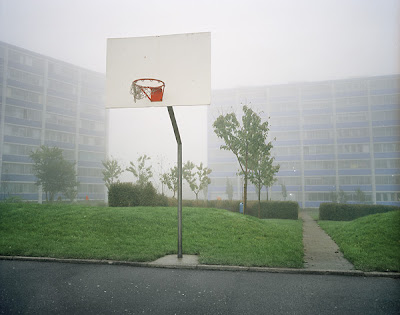 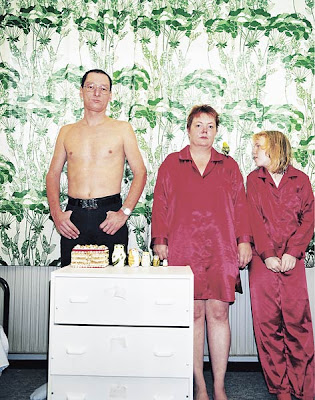 A trip with Simon Hoegsberg 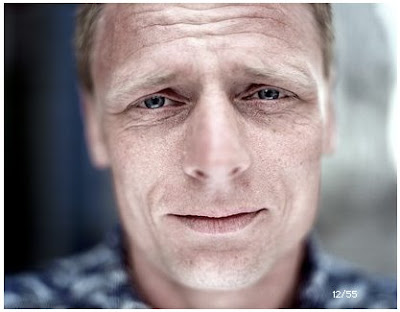 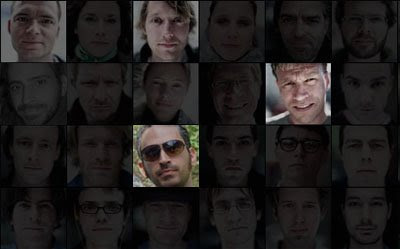 "Over a period of 3 months I stopped 150 strangers on the street and asked them what they where thinking about the second before I stoppedthem. Using a mic and a dictaphone I recorded what they told me, then took a picture of them. 55 of the 150 thoughts are presented on this website as quotes. All quotes state exactly what I was told during the interviews. The interviews took place in Copenhagen, Denmark and New York City."

Simon Hoegsberg projects are a real snapshot of ordinary life, making stories about who we are and what we think. Other projects includes Copenhagen Istanbul, Private and Public, Faces of New York .
Posted by Ph39 at 14:21 No comments: 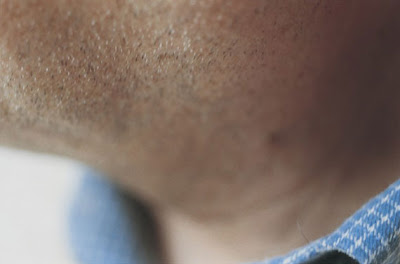 A few days ago I was at a conference that presented the work of Marina Ballo Charmet, a photographer, an artist and a children’s psychotherapist by training.
The artist was there and she presented her works which include photograph and video installation. In most of her projects MBC observes things from below, taking her eye view to a child level. With her project Con la coda dell`occhio (in Eng. With the Corner of the Eye) the artist looks at pheriferal situation within the everydaylife, photographs are about our perceptive experience. 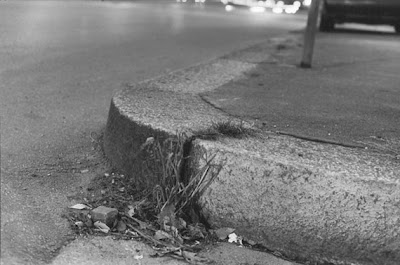 Her work also includes a series of project on video, one in particular was displayed on the night that was made in collaboration with Walter Niedermayr at Milan main prison. Agente apri (in Eng. Open up officer) is the title of this project, is about a children daily journey from the prison nursery to the outside world with volunteers all shots at child height.
Parco is the artist latest project and research is focused on a phenomenon taking place in green area of the city, the parks. 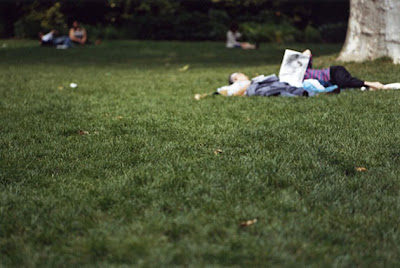 Photography from the Italian Riviera 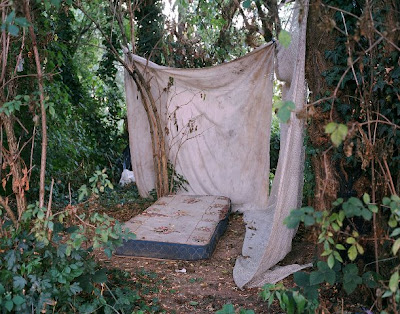 Andrea Dapueto ©
Andrea Botto is the Artistic Director of "On the road, again" title of the current Rapallo Fotografia Contemporanea on the italian riviera. For the third year running this small festival will be hosting the young talents of contemporary photography and the theme of this festival is "street photography".
For this year event RFC also invited Mark Cohen as guest artist with the exhibition "Italian Riviera" curated by Francesco Zanot with the intent " to bring to the public’s attention the work of a photographer who can convey all the emotions generated by that strip of land trapped between sky and sea, which is known on the other side of the ocean as the Italian Riviera”.
The author who stayed few weeks on the Riviera in 2008, has moved freely and with curiosity between Genoa and the Cinque Terre producing a contemporary photographic series of real and emotional impact. 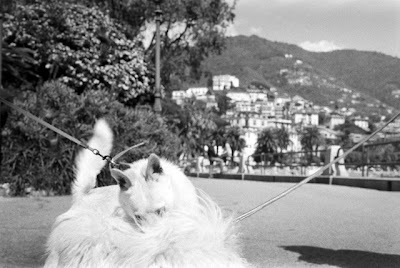 In the young talents section you can see work by Martina Bacigalupo, which exposes the story a refugee burandese who returns to his country after more than forty years of exile, Andrea Dapueto with "Camere con vista" a work around Italian roads in places for low cost sex, Alessandro Cirillo with his reportage in black and white on the north-east of Brazil, Camilla Micheli with a series of portrait on the road around Japan and Nanda Gonzague with her work in Armenia. Francesca Cirilli presents an amusing video installation about social behavior of tourists in Piazza dei Miracoli in Pisa. Open until December 2, more here
Posted by Ph39 at 00:01 No comments:

Ph39
Photography and its contemporary vision.